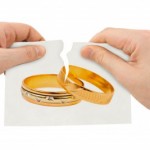 Almost every couple that has gotten married, has acquired stuff….  Everything from homes, businesses, cars and boats, right down to the last spaghetti pot and coffee mug must be divided in the event of a divorce.  And if you and your spouse can’t figure out amongst yourselves how to divide the marital property, a divorce judge will ultimately make that decision.  The good news is that the law says that the judge must make an equitable division of marital property.  The bad news is that “equitable” does not always mean “equal,” and a judge has a lot of discretion in deciding what is fair.  Once a decision is made it will stand, unless the judge clearly abused his discretion in coming to the result.   But before marital property is split, the judge must determine what is marital property, and what is not.

Anything you owned before the marriage and anything that you inherited or received as a gift from someone other than your spouse is your separate, non-marital property.  But there are ways that this separate property could become marital property depending on how it was treated during the marriage.  For example, if you have a home and re-title it to include your spouse’s name, there is a presumption that you intended to gift half of that house to your spouse.  Under that scenario, you may end up having to split the value.  Even if you keep the title separate, if you use money that is earned during the marriage to make improvements to the home or to pay the mortgage, or if you expend labor improving the home, the amount of equity earned as a result of those actions may be considered marital, and split.  Additionally, if you have a bank account before the marriage, and you put marital earnings in that account with your premarital money, it can be very difficult to separate which money is which – especially if some of it has gone out to pay for things…  Often under such a scenario, a premarital account becomes marital and divided equitably.

The same scenario would be true with a business.  But valuing a business becomes more complicated, as the marital value should not include the value of the spouse running the business.  In other words, what portion of the business’s value is because of a good location, product or catchy radio ad?  And what portion is because people are coming to hire you or your spouse specifically?  A good indicator of value is what price someone would pay to purchase the business, knowing that you could open up a new business directly next door or across the street.

All income earned during the marriage, and all assets obtained with that marital income are marital property and will be split.  It doesn’t matter who’s name the car is in.  If you purchased it with marital money, it is both of yours.  The same is true with debt.  If your spouse is running up the credit cards the judge is going to look to split those as well.  Generally, the Court will look to split things 50/50, or as close to it as possible, but there are times when an unequal split is considered equitable by the Court.  This might occur if, for example, one spouse is receiving an asset that also generates income, and the other is receiving an asset that does  not.

Pretty straight forward, right?  If you are going through a divorce and have questions about how to value and split your assets, contact us today for a confidential consultation.