3 Things Every Lawyer Should Know About Criminal Defense 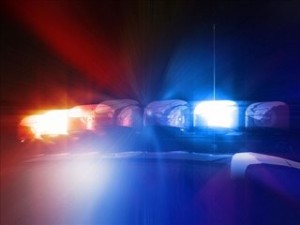 Everybody has a friend that is a lawyer.  And if they get arrested, often one of their first calls is to that lawyer friend, regardless of what type of law they practice.  For that reason, every lawyer should know a little bit about what to expect upon a friend or client’s arrest.  Here are 3 things to keep in mind:

1.  Your Client really does have the right to remain silent

Its not just a phrase you hear on television.  If a friend or client calls you in the middle of the night frantic because they have just been pulled over or a police officer is at their door to question them, instruct them on their right to remain silent and instruct them to exercise it!  In a civil case, pleading the 5th Amendment creates an inference against you.  In a criminal case, pleading the 5th Amendment could be the difference between the State having probable cause for an arrest – and arresting your friend/client, or letting them go.  Your friend’s silence cannot be used against them.  Their statements can.  Instruct your client to inform the officer that they are represented by you and that they wish not to give a statement until you are present.  The officer must stop all questioning upon an expressed request to speak with a lawyer.  That will give you enough time to consult with a criminal defense lawyer or put your friend in touch with one.

2.  There will be a first appearance hearing within 24 hours (If your client has not yet posted bail)

The judges even come in on the weekend to conduct first appearance hearings.  At this hearing, the judge will inform the accused of the crimes for which they are being detained, and set bail.  The Public Defender will also be appointed at this time to handle the case if your friend/client requests one and is indigent.  If your client is not indigent, it is a good idea to contact a criminal defense attorney prior to the first appearance.  In many jurisdictions, the Court will conduct a bond hearing at that time and it is an opportunity for your friend to get the bail reduced from the standard schedule.  If you do not attend, or hire a criminal defense lawyer to attend this hearing, your friend can still request that the judge presiding over the case reduce the bond.  But this hearing will likely occur a week or longer after the first appearance.  In the 19th Circuit, Martin, St. Lucie, Indian River and Okeechobee Counties, a first appearance judge will not change a bail bond that has been set in another judge’s warrant.  However, they may modify a bond amount set on a standard schedule upon a probable  cause arrest (an arrest made without a warrant).

Many civil cases take years to come to an end.  Criminal cases are on a short timeline.  The State is required to bring a misdemeanor to trial within 90 days.  A felony, within 180.  They will be ready to proceed at the first docket call (usually one to two months from the arrest date).  The fastest your client will generally get all of the evidence against them is probably about 2 weeks from the arrest date.  Your friend may waive his right to speedy trial and that can extend the life of the case somewhat.  But in many cases, especially ones wherein the client is in jail awaiting trial, it is best not to have to waive speedy trial unless you must.

Additionally, many cases, such as DUI, will trigger a driver’s license suspension unless the defendant takes action to request a formal hearing.  If that request is not made within 10 days of the arrest, the Defendant will waive that right to due process and to extend the driver’s license until a hearing on the matter.

It is best to get an experienced criminal defense lawyer working on a criminal case as quickly as possible to avoid waiving certain constitutional rights.  But in a jam, every attorney should know the foregoing to assist their friends and clients through the first 24 hours after an arrest.

The Ferraro Law Group practices criminal defense on the Treasure Coast and Palm Beaches.  Contact Us today if you, a client or friend finds himself in the unfamiliar arena of criminal law.