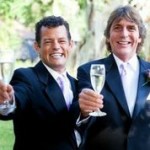 Almost immediately couples in the impacted states began planning for their future. The first step towards that future was to apply for a marriage license. Without a ban on the marriages, officials began issuing the requested licenses. The potential effect of the Court’s refusal to hear the case could mean that other states with bans will soon be required to lift those bans. And of legal importance for these unions is equality of treatment in the eyes of law, the same as heterosexual marriages receive. This means if the marriage is later dissolved, the same laws that apply to couples of the opposite sex when ending their marriage will apply to same sex marriages. These laws include property distribution, division of assets, and child custody and support matters. The lawyers at The Ferraro Law Group keep on top of the most current legal trends, so they can offer you competent and accurate legal representation.

If you have questions regarding marriage and divorce, call our office for answers. Contact us to schedule an appointment with an experienced family law attorney in Stuart and the Treasure Coast today.