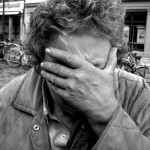 Phelps’ reaction to the punishment is a statement that he will use the break to attend an in house treatment program. This is the 2ndDUI case for the swimmer in the past ten years. Employment repercussions are a common consequence for those arrested for DUI. In the case of the average worker, this type of disruption of income has serious effects. To fight for your right to earn a living, call a qualified criminal defense attorney who can offer an aggressive defense to your case. Our team of skilled lawyers has experience obtaining results that work for you and your family.

If you have been arrested for DUI, call a competent criminal defense attorney in Stuart and the Treasure Coast for help. We offer aggressive representation for criminal charges, while fighting to protect your job and good reputation. The first visit is a free initial consultation. Call us today to schedule an appointment.