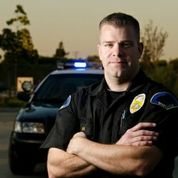 A conviction for assault is a second degree misdemeanor conviction. As with any criminal conviction, your record is affected and casts a negative light on you in your future endeavors for things like employment and other privileges. To minimize the effect an arrest for assault can have on your record, call an attorney specializing in criminal defense for help. Also of importance is the possibility that if an assault occurs between family members, the crime can be classified as domestic violence. Charges of domestic violence make it difficult to maintain a stable home for your family, and you may face the possibility of a lack of contact with your children.

Safeguard your record and protect your rights as a parent by calling a criminal defense attorney that knows how to fight charges of assault.  Take a proactive position for your future, and call to schedule an appointment. We offer an initial free consultation for criminal defense matters and always treat you with dignity and respect.