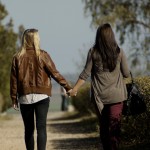 ● Brassner, a resident of Florida, sought a divorce in Broward County. Before the Judge could grant the divorce, a ruling on whether the marriage was recognized first had to be made. The Judge ruled that the ban on same sex marriage was unconstitutional.

● The Florida State Supreme Court will now have its say on the issue.

The legal issue to be decided is whether Florida must recognize the marriage, given it was performed in Vermont where it was considered legitimate. Given the volume of same sex marriages in the country, the issue is ripe for a decision that is uniform across the states. Having an answer that provides consistency helps litigants and attorneys alike, because when there is a precedent you are better able to prepare yourself for likely outcomes. Our attorneys keep their fingers on the pulse of the legal world so they are ready to take on your case with the knowledge of the most recent legal decisions.

Our staff of competent family law attorneys in Stuart and the Treasure Coast is familiar with current family law issues, and advocates for results that properly apply the law. Contact us to schedule an appointment today.