Boo! Did You Forget Halloween In Your Custody Agreement??? 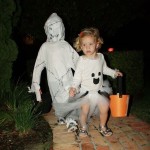 Don’t forget to include the holidays in your parenting plan!!!

For many, Halloween is a favorite holiday.  Taking the kids to the pumpkin patches and hitting the streets with dressed up little beasts and princesses provides memories that last a lifetime.  For others, often those who forget to include it in their time sharing agreement, Halloween is a missed opportunity to spend some fun time with the kids.  Consider these three tips to ensure you don’t miss out!

1.  When Drafting a Time Sharing Agreement in a Divorce or Paternity situation, be as specific as possible.

Often, parents draft Time Sharing Agreements when their children are very young.  Many do so without speaking with an attorney first, in an effort to keep things cheap and simple.  Keep in mind that these Agreements are intended to be binding on the parents until the children become adults.  They are very difficult to change unless the parents agree.  For a judge to change a Time Sharing Agreement, he must first find that there has been a substantial change in circumstances since the last Agreement was signed.  Then if it is determined that there has been a change in circumstances, the judge must consider whether changing the Time Sharing Agreement is in the child’s best interest.  It is up to the parent who wants the change to prove that it is.  This modification process can be very long and expensive and often results in a compromise that neither parent is thrilled with.  Making specific time sharing decisions on the front end will generally give the parents and the children a more stable situation as there is less to discuss and more that can be planned for.

In Florida’s 19th Judicial Circuit, the Courts utilize a Standard Parenting Plan.  The Plan incorporates regular time sharing days, every major holiday, exchange times and responsibilities for transportation.  If parents are considering drafting a specific time sharing arrangement, the Standard Parenting Plan will allow them to check boxes which will ultimately account for every day of every year.  While there is an option that allow the parents to check off, “Holiday time-sharing shall be as the parties agree,” it is highly recommended that parents make the decisions on the front end, as the parents are not likely to agree every year on every holiday.  Knowing the rules on the front end can end up saving time and money and reducing stress.

3.  Communicate and Pick Your Battles

So, maybe you rushed an agreement and now one parent never gets Halloween, Thanksgiving or any other holiday without the agreement of the other parent, unless it is on their regular scheduled day (btw, Halloween is on a Friday this year!).  Parents can always agree to time sharing that is not in the Agreement.  While he may want one Halloween, you might want to take the kids to Disney during his regular day.  If parents are able to be flexible, it is generally in the children’s best interest.  However, if or when they can’t communicate, they can always revert back to the written Agreement and at least everyone knows where they stand.

Generally, anyone can put together their own Parenting Plan.  However, the drafting is usually done in a fairly volatile point in the parents’ relationship.  It is often a good idea to get the advice of an experienced lawyer to remove the emotion from the situation and create a plan that will reduce the likelihood of returning to court.  If you are in the process of drafting a Parenting Plan, contact us for a flat rate consultation.