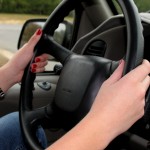 ● The store manager noticed the man and his vehicle, became concerned and called the police.

● When the police arrived the “driver” was passed out and upon being wakened exhibited signs of being intoxicated, but refused a breath test.

The police reacted to this situation by placing the man under arrest for DUI. Remember, just because the car isn’t in motion doesn’t mean you won’t be charged with DUI. In this case a good defense may include arguing there was no actual “driving”; which is a key element to the charge of driving under the influence. Your particular circumstances may include other factors that allow your attorney to put on a solid defense on your behalf. To find out how to best proceed with your DUI matter, call our office and speak with one of our experienced DUI defense attorneys. We investigate your case thoroughly and develop a defense strategy that fits your facts.

If you have been arrested for DUI, call our office to speak with a qualified criminal defense attorney. We represent people charged with crimes in Stuart and the Treasure Coast. Call today to schedule an appointment.