Caution Leaving The Scene of an Accident Has Severe Penalties! 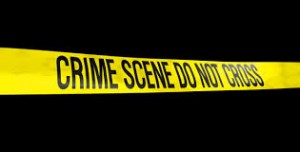 Hit and Run is a Crime!

Leaving the Scene of an Accident, or “Hit and Run,” seems to be occurring at a fairly high rate in Martin County.  Before getting behind the wheel of a car, there are a few things you should know.  First and foremost, accidents happen.  And when they do, the drivers of the cars involved have a duty to exchange information,  and render aid to people who have been injured.  If everyone is injured to the point that they cannot respond or take information, and no police officers are present, the drivers have a duty to contact the nearest police department and report the accident.  In this situation, Florida Law says that, “The statutory duty of a person to make a report or give information to a law enforcement officer shall not be construed as extending to information which would violate the privilege against self incrimination.”

If a driver does not report the accident and/or exchange the necessary documentation at the scene of the crash, it is a crime.  If there are no injuries, a hit and run is a first degree misdemeanor, punishable by up to one year in the county jail.  If there has been an injury, a hit and run becomes a 3rd degree felony punishable by up to 5 years in prison.  And if there is a death as a result of the accident, leaving the scene is elevated to a first degree felony punishable by up to 30 years in prison.  This is a higher level crime than DUI Manslaughter.  Additionally, any time there is a death involved, the Criminal Punishment Code kicks in and it scores this crime with a minimum prison sentence of almost 10 years!  Unless the accused fits within a legal reason for a downward departure.

There are defenses to the crime of leaving the scene of an accident/hit and run, and often there are reasons for mitigation.  If you have been accused of hit and run, you should contact a lawyer immediately.  The penalties can be truly life altering.  For more information or a FREE Consultation on Hit and Run/Leaving the Scene of an Accident, contact us at Ferraro Law Group and put our experience to work for you.