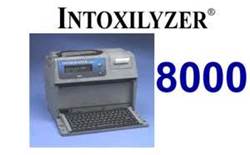 The Intoxilyzer 8000 is Under Fire Again

Recently, DUI experts and dedicated attorneys have discovered another potential issue with the the Intoxilyzer 8000 – the Breath testing machine used in Florida’s Treasure Coast and Palm Beaches.  It is a technical legal argument, but it comes down to a simple premise.  Someone decided to drill a hole in the machine in an effort to make it more reliable.  However, the hole was not disclosed to anyone, including the Department of Transportation.Florida Law sets forth certain requirements for how a breath testing machine can be certified so that the scientific predicate behind it does not need to be introduced into evidence in every single trial.  The law requires that the machine be approved by the Department of Transportation and sets forth the manner in which approval can be obtained.  Part of that approval process includes submitting the machine’s plans.

The Florida Department of Transportation has approved several breath testing machines over the years.  And as each becomes outdated, or technology improves, new machines are developed and submitted for approval.  There are many more types of machines that have developed over the years that have not been approved.  This does not necessarily mean they are less reliable, it simply means that law enforcement and the State’s executive branch have not sought to obtain the approval through the Department of Transportation.

In the case of the Intoxilyzer 8000, the plans were submitted and approved BEFORE the hole was drilled in the machine.  The machine was never resubmitted for approval and in fact, the modification was never disclosed to the Department of Transportation or the general public until very recently.

Defense Attorneys have argued in a few jurisdictions that the drill hole is a modification that requires a whole new approval process.  They quote the Florida Statute and prior caselaw in which other machines lost their certification status as a result of modification.  They argue that it is a violation of due process and an American’s Constitutional Right to a fair trial to hide evidence of a change in the schematics of Florida’s breath testing machine.  After all, the Defense argues, the conerstone of science is based on the premise that other scientists should be able to repeat an experiment and get consistent results.

The stakes are high, as virtually every county is using the Intoxilyzer 8000.  This drill hole could potentially affect every DUI conviction obtained over the last several years that included evidence from the Intoxilyzer 8000.  What is equally interesting is that about the time these cases make their way through the appellate process (I would be very suprised if this doesn’t get to Florida’s Supreme Court), the Intoxilyzer 9000 will be approved and ready for use.  Which again begs the question, if the 8000 is so reliable, why are they putting out a 9000?