How To Fight A Drug Crime 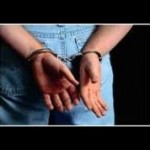 Florida is known for a lot of things; white sandy beaches, crystal clear oceans, Mickey Mouse, a large population of retirees, spring break parties, and drugs. Unfortunately, the things that make our state so great also give way to criminal activity. Keeping drugs out of the country is a task given serious consideration at all levels of government. The existence of thousands of miles of shoreline makes Florida a popular spot for drug traffickers, and the authorities are on the lookout for drug crimes and routinely make arrests for even small cases such as simple possession.

Regardless of the severity of a drug crime, it is wise to be prepared to fight for your rights. The police and state will put on a strong case when narcotics are involved, and you should too. Your freedom and liberties are at stake when you are charged with a drug crime. For example, a simple possession charge might result in:

The punishment becomes greater as the amount of marijuana on your person increases. Even with some of the states legalizing marijuana, it is still an illegal substance and is treated as such by the authorities. Any amount on you, whether for your use or for resale can lead to severe penalties. Of course the range of punishment is different for those that possess illegal substances versus people charged with possession coupled with the intent to sell. In the War on Drugs, the goal is to keep drugs off the streets and out of the hands of children. When you are in possession of an amount suitable for selling it is likely you will be charged with intent to distribute. This charge is very serious and you should be prepared to put on a solid defense.

If you have been arrested for a marijuana or other drug related crime, contact a qualified criminal defense attorney in Stuart and the Treasure Coast. Your first visit is a free consultation and we work with you to reach results that fit your case, whether by negotiation, plea, or trial.