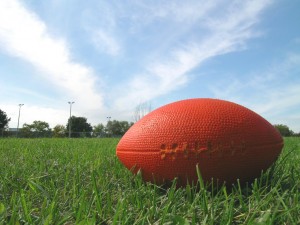 Plea bargains are a common way to resolve criminal cases. Often times, part of the agreement is that the accused stays out of trouble for a certain period of time, and in exchange does not go to jail. This type of arrangement is called probation, or parole and it gives the person charged with a crime the chance to show they are not a threat to society and should be given a second chance. So, when a probation violation happens, the State takes it seriously and may try to impose the maximum punishment available. The best thing you can do is seek legal representation immediately and keep out of further trouble while untangling the new charge of probation violation.

Sometimes, it can be hard to tell what the terms of probation allow. Confusion over probationary terms can lead to a violation unknowingly. That was the situation in the case of former NFL player Jerramy Stevens. Reports state the former tight end was arrested for violating probation:

● Stevens was on probation for possession of marijuana while a player for the Buccaneers.

● Stevens claims he believed the terms of his probation allowed him to travel to the state of Washington as long as he did not get arrested.

● While in Seattle, Stevens was arrested for a domestic disturbance.

The case was ultimately dropped for lack of evidence, and Stevens married soccer star Hope Solo the same night. This case demonstrates how misunderstanding the terms of your probation can lead to additional charges. This case also demonstrates why it is vital you have superior criminal defense representation at every stage of a criminal case. Competent criminal defense attorneys make sure you are crystal clear on all aspects of your case, and fully understand the consequences. The attorneys at The Ferraro Law Group have experience representing those accused of crimes, and enjoy a high level of client satisfaction and success. Call us today for more information about probation violations.

For answers to your criminal defense questions, including probation violations, call a criminal defense attorney in Stuart and the Treasure Coast. We offer aggressive representation while fighting for your rights. The first visit is a free initial consultation. Call today to schedule an appointment to discuss your case.