Get Out Of Jail Early! 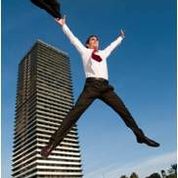 It would be nice if we all carried around a little card that said “get out of jail free”, like when you were a kid playing Monopoly. But real life isn’t a game, and there are no freebies. However, in certain circumstances, you may be eligible for an early release from your jail sentence. A successful case for reducing your sentence results in a shorter amount of jail time to serve.

In January 2014, the White House announced plans for early release of nonviolent prisoners. To be eligible, the prisoner must:

● Serving a federal sentence that would be less due to a change in law or policy.

● Have served 10 years of the original sentence term.

● Be free of ties to organized crime, including gang affiliations.

● Have a small amount of criminal history on your record.

● Have demonstrated good behavior during the part of the sentence served.

● Have no history of violent behavior.

To be considered for early release, you should contact an attorney for help. Developing your case with the factors set out above takes careful analysis and a clear presentation. An effective case for early release includes a demonstration as to how society benefits from the release. A competent criminal defense attorney will present evidence from your case that shows continued incarceration does not serve the ends and means of the purpose for jail time. The lawyers at the Ferraro Law Group have experience reviewing criminal sentences, and know how the facts of your sentence fit within a request for early release.

If you qualify for early release, call an experienced criminal defense attorney in Stuart and the Treasure Coast. We fight aggressively for your rights and offer a free initial consultation. Call today to schedule an appointment for criminal defense matters.