Did The Grand Jury Get It Right In Ferguson, MO? 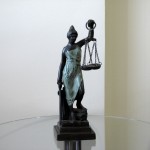 The entire Nation held its breath as the decision of the grand jury to indict or not indict the officer who shot and killed Michael Brown in Ferguson, MO. When the decision was finally made, the reactions were most likely what we all expected, regardless of where you stand on the issue. It was pretty much a given that riots and looting would soon follow the announcement that the grand jury had decided against indictment. The office responsible for the shooting will not face formal charges for the incident. In any politically or emotionally charged case such as this one, it is important to take away certain lessons from the outcome. And that takes an understanding of how a grand jury works.

The law on grand juries in Florida helps a little, with some basic information on the function of a grand jury and how a grand jury is called. Other important things to know include:

● A lot of the evidence presented to a grand jury would not normally be allowed to be presented to a jury in a criminal trial. This means the grand jury in Ferguson was provided with a vast amount of information from witnesses and others about the facts of the case.

● A defendant in a criminal trial gets to have an attorney present to protect his rights, and object to unlawful questions or impermissible attempts at providing evidence to the jury. But, in the grand jury system, defense attorneys are not present to make objections on behalf of the potential defendant.

These are important lessons about how a grand jury works, and should be remembered as we try to understand the decision reached in Ferguson, MO. Perhaps the most important take away from this tragedy is that the foundation of our criminal justice system remains in place, there is no guilt until it is proven.

If you have questions about the criminal justice system, or have been arrested for a crime, call our office for help. Contact us today schedule an appointment with an experienced criminal defense attorney in Stuart and the Treasure Coast. The first visit is a free initial consultation.