What Happens If I Got A DUI In Florida, But I Don’t Live There? 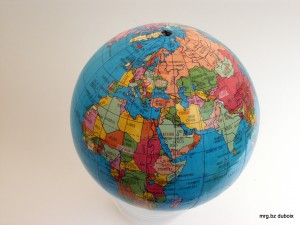 Florida is one of the country’s most visited states. Every year tourists flock to the State’s beaches and amusement parks. The timing of tourist activity isn’t limited to the summer months, as every spring thousands of college students descend on the Sunshine state to celebrate spring break. The combination of a large number of out of state visitors and entertainment can lead to an out of state resident being charged with a DUI. When that happens, it is crucial you call a Florida criminal defense attorney to defend you.

The Nonresident Violator Compact (NRVC) is in place in Florida, and allows for out of state residents to be prosecuted for DUI charges received in Florida. The NRVC is a way to make sure offenses are prosecuted properly and according to the laws of the jurisdiction in which the offense took place. When you use an attorney familiar with the laws of the state you were arrested in, you may be able to:

● Avoid a return trip to the state to defend against the charges.

● Mitigate the possible sentence by participating in drug and/or alcohol treatment programs.

Being arrested while on vacation is scary and confusing. It is difficult to remain optimistic about the likely outcome of a criminal charge against you when you live out of state. Calling a local attorney with experience defending the type of charge you have been arrested for helps minimize the negative impact and stress you feel when arrested away from home.

If you have been arrested for DUI or another criminal charge and live outside the state of Florida, call our office to speak with a qualified criminal defense attorney. We represent people charged with crimes in Stuart and the Treasure Coast. Call today to schedule an appointment or conduct a phone interview regarding your charges.