What Happens If I Resist Arrest? 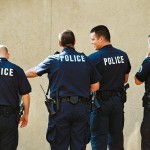 Most people are familiar with the “rights” of the accused. “You have the right to an attorney, you have the right to remain silent, anything you say can and will be used against you in a Court of law” are words nearly everyone has heard in their life. These rights are referred to as the Miranda rights, named after the defendant who was the subject of the landmark case. The rule of the case is that the police have to advise a person of their rights when being arrested. But, there are exceptions to this rule and it is important to understand how the Miranda rights work.

Your Miranda rights include:

● Being told you have the right to legal representation.

● Being notified if you do talk, what you say might be used against you.

The exact words vary from state to state, but the basics remain the same. While most law enforcement officials around the country give similar warnings, the reactions of defendants varies widely. Some people chose to remain silent all together, but doing so is not an effective way to invoke your rights. If you wish to remain silent, you actually have to say you are going to do so. If you want an attorney to represent you, you must ask for one. You should cooperate as much as possible, but be brief in your replies. Do not volunteer information or be fooled into thinking the police are simply talking to you as a way to help.

If you have been arrested and are concerned about any information you’ve given the police, call a competent criminal defense attorney in Stuart and the Treasure Coast for help. We offer aggressive representation for criminal charges. Call us today to schedule an appointment.