Is Big Brother Listening To You???? 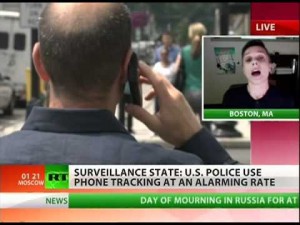 Guess what, it’s not just the NSA, the FBI and the CIA listening to phone calls.  It is also the Martin County Sheriff.  The Martin County Sheriff’s Office aggressively targets known drug dealers.  One weapon at their disposal is the ability to ask for and obtain a warrant to listen to phone calls of suspected drug dealers in real time, and record them.  While targeting drug dealers, many drug addicts and even casual users get caught in the act of purchasing drugs by way of the telephone.

Generally, the Sheriff’s Department will use a multifaceted approach.  In addition to tapping the phone, they will conduct human surveillance at the home or regular hangout of the known drug dealer.  They will also set up surveillance at the location discussed over the phone, where the dealer will deliver the drugs to the user.  The officers will then see who shows up for the drop, and compare the photo to the drivers license or some other identifying photo of the person to whom the cell phone is listed with local records.  In more advanced operations, the officers will also obtain cell site data to determine at least a radius within which the cell phone has been used during the drug transaction.

This is pretty advanced stuff.  Much more advanced than the average drug user.  As a result, it is becoming more and more common to not just bring down a drug dealer, but all of the people that interact with him as well.  Often, some of the users are then flipped to authenticate the voice that the officer heard on the phone for the jury, as that of the dealer.

Cases involving wire taps can be extremely complicated and usually include hundreds of pages and several full audio and video cd’s.  They touch on several Constitutional issues and involve law that is still fresh and changing.  The lawyers of the Ferraro Law Group purposely handle smaller caseloads to ensure that we have the time and resources to devote to each case, leaving no stone uncovered.  The more extensive and complicated the evidence and legal issues your case presents, the greater the need for an experienced attorney that will do the work necessary to ensure justice is served.  Contact us today, and put our experience to work for you.