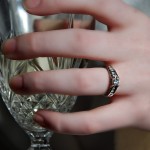 The declaration that the ban is unconstitutional was the 3rd such finding in an 18 day period in South Florida. Since that time, the issue has been front and center. The legal implication of a final decision would mean parties to same sex marriage be afforded the same benefits of heterosexual couples. In addition to being legally recognized as a marriage, partners in a same sex marriage would be able to seek divorce under the State’s family law statutes. Our office tracks the latest legal developments and stands ready to provide representation for your case.

If you have questions regarding divorce, call our office for answers. Contact us to schedule an appointment with an experienced family law attorney in Stuart and the Treasure Coast today.