Judges On The Wrong Side Of DUI Law 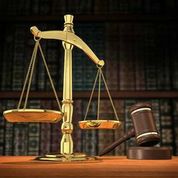 Is the third time really a charm? Do bad things, like death and taxes, always come in threes? Or are these superstitions nothing more than urban legend? The answer to these questions seems to be a resounding “yes” for some Broward County Judges. At least in the matter of DUI cases. The third Judge in just seven months is now facing charges of DUI in that county.

The news report is that a 17th Judicial Circuit Judge was arrested for DUI after having hit an unmarked, parked patrol car. The Judge denies the charges and states:

● She was under the influence of a prescription drug.

● The blood test was negative for alcohol in the Judge’s system.

The lack of alcohol in the Judge’s system begs the question of whether the tests used to determine whether a person’s blood alcohol content is at the level needed for a charge of DUI is accurate. This is not a new or novel question, and is a very valid defense to DUI charges. Along with faulty equipment and improperly administered tests, those facing DUI’s should also explore whether the officer had probable cause to even make the stop. A DUI conviction can seriously impeded your ability to drive, will likely case a rate hike in your auto insurance, and can impact your employment. To minimize the consequences a DUI can have on your life, call a competent DUI defense attorney for help.