No Alimony Reform Expected in 2014 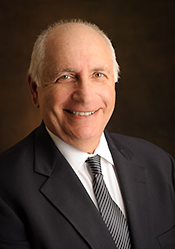 Russell J. Ferraro Jr. has been Board Certified in Marital and Family Law for over 25 Years!

Wow, many alimony recipients can breathe a collective sigh of relief – the government will not be amending the current Florida alimony laws in 2014.  Alimony payors will have to wait another year and hope that maybe next year will be the year…

Last year, the Florida Legislature passed an historic alimony bill that basically put an end to permanent alimony, and codified the length and rate of payments to have a more direct relationship with the length of the marriage and the parties’ income.  The bill also included language with regard to parental timesharing with minor children, and made the entire provision retroactive (meaning it would affect families who had resolved their cases prior to enactment – even cases decided over 30 years ago!)

Although the bill passed in both the State House and Senate, it was vetoed by Governor Rick Scott.  The retroactivity and the unusual placement of child timesharing within an alimony bill were at least two of the reasons that the bill was vetoed.  It would have caused turmoil and litigation in basically every case in Florida that involved alimony regardless of how long the parties had previously lived under the terms.

This year is an election year.  And it is expected to be a close race in many legislative districts and especially in the race for governor.  With tight races comes vanilla legislation.  It is no surprise that the presiding legislators would pass on presenting anything so controversial in an election year.  So, for the time being, alimony laws will remain unchanged.

Currently, alimony is categorized by legislation and case law.  There is permanent alimony which is generally reserved for long term marriages (usually 15 years or more).  There is also durational alimony, temporary alimony, bridge the gap alimony and rehabilitative alimony – all which are designed for situations that include shorter term marriages, or situations where one party needs a boost to either get back on their feet or to get education and/or job training to be able to support themselves.  In considering whether to award alimony in a case, the judge must determine that one party has a need and the other has the ability to pay, after having split up all of the assets and considering the standard of living that the parties enjoyed during the marriage.  There are tax consequences to alimony recipients that should be fully explained by the attorney and understood by the client in determining the actual need and ability to pay.

Under current law, there is no specific percentage of income that must be transferred.  Judges must use their discretion in determining the rate and duration of the payments.  If appealed, the appellate court will not disturb the trial court’s finding of facts in the case.  It will only look to see if under the facts that the judge considered, the ruling was an abuse of discretion.

Often, after trial, it is the attorneys who draft the proposed Orders in cases involving alimony.  Therefore, it is essential that the attorney include the findings of facts specifically when drafting the proposed Orders so that the appellate court has a clear picture.  Generally, when the facts are spelled out, it is fairly uncommon for the trial court’s ruling to rise to the level of an abuse of discretion.  As such, it is very important to choose an attorney that can properly present the evidence, and then draft it into the proposed Order for the Court to review and hopefully adopt.

We at the Ferraro Law Group have been litigating alimony cases for over 30 years!  We understand the law as it stands, the current trends that are affecting the local trial judges, and the important facts that help to establish need, ability to pay and the standard of living enjoyed during the marriage.  If you are contemplating divorce in a situation where one party has historically been the breadwinner, you owe it to yourself to contact us at the Ferraro Law Group, and put our experience to work for you.