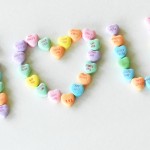 The appeal set in place an automatic hold on the couple, and any other same sex couples’ attempt to marry. Until a decision is made that affects the nation as a whole, expect to continue to see challenges to decisions allowing same sex marriages. When the final ruling does come down, rest assured the attorneys at The Ferraro Law Group will be ready to handle your same sex marriage matters. This includes all the same issues that arise in other unions, such as prenuptial agreements, child custody questions, property distribution, and visitation. We pride ourselves on staying on top of legal developments that impact your life, and offering sound advice when you need it most.

If you have questions about divorce or same sex marriages, call our office for more information. Schedule an appointment with a skilled family law attorney in Stuart and the Treasure Coast to make sure your case is handled properly.