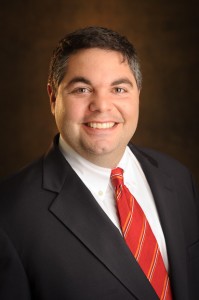 The parties were married for sixteen years and eight months at the time of their divorce. Throughout the marriage, the Former Husband acted as the primary wage earner while the Former Wife was a stay-at-home mom. Based upon this fact, and the substantial discrepancy in their incomes; the trial court awarded the Former Wife permanent, periodic alimony of $ 750 per month. The Former Husband appealed.

The Former Husband appealed, claiming that the Trial Court’s Â failure to make a specific finding that no other form of alimony was more appropriate under the circumstances constituted reversible error. This claim arises from the newest version of Florida Statute Â§ 61.08 which requires this finding any time that permanent, periodic alimony is awarded. â€œAnd in the case of permanent alimony, the court must also find that â€œno other form of alimony is fair and reasonable under the circumstances of the parties.â€

The First District Court of Appeal noted that the Former Wife was relatively young and had no health factors which precluded her return to the workforce, once the teenage children left home. They concluded that although permanent, periodic alimony may have been appropriate; it was also conceivable that other forms of support would have sufficed.Â Therefore, they reversed with instructions for the Trial Court to expressly determine whether any other form of alimony would have been more appropriate under the circumstances.

This holding recognizes that, in the face of the new alimony statute, Trial Court’s must use permanent, periodic alimony only as a last resort and after specifically finding that other forms of support are deemed insufficient.