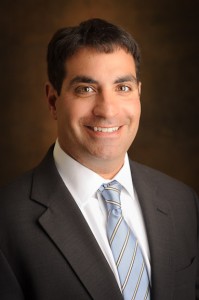 Martin County Judge Steele often says that probation is like having one foot in jail, one foot out of jail.  If you complete all of the conditions and stay out of trouble, you will have no problems.  If you don’t, the consequences will be severe.Everybody who takes a deal to go on probation on the Treasure Coast and Palm Beaches believes that they can successfully complete the probation without any problems.  Most are wrong.

Completing all of the conditions and staying out of trouble is often much harder than the probationer first anticipated.  Most find themselves dealing with a violation of probation.

Think about that.  Sometimes probation is offered by the State Attorney because the evidence against a defendant is not perfect, or there is a chance of an acquittal if the matter goes to trial.  The Defendant might agree to take the probation because no jail is on the table and he doesn’t want to risk a trial, even if he feels he has not committed the alleged crime.  But, once that Defendant violates his probation, the State Attorney no longer has to prove that he committed the original offense charged.  All that needs to be proven is that a rule of probation was broken or a term not completed.  This proof is not submitted to a jury – a judge makes the call.  And, the standard of proof is the civil standard, “A preponderance of the evidence,” rather than the higher standard for the original charge, which is proof “beyond a reasonable doubt.”  In other words, a judge must find that it is more likely than not that the violation occurred, and that it was willful and substantial.

Here are a few tips to stay ahead of your probation:

You are in the system now and it is very difficult to get out.  The faster you do so, the better.  You can complete probation, but it must always be on the front of your mind, not the back of your mind.  And if you know that you are playing in a grey area, it is best to get out.  Probation really deals with a black and white world.

Speak with a skilled attorney about the facts of your case and your individual needs.  Sometimes, probation is not the best alternative for you.  But if it is, keep these things in mind and you should be able to successfully escape the probation trap.