What Is The Legal Age For Marriage In Florida? 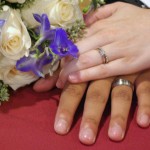 Popular sitcoms on television designed for kids often show families where the children are in charge. Often times the parents and other adults take a backseat to the kids, and this can create the impression the very young are in control. However, in the real world there are rules and regulations that must be followed and in most instances parents are still in control. One area of family law where this is apparent is with the age requirement to enter marriage.

The Florida statute that controls the age for entering marriage states:

● When the fact of pregnancy is verified by the written statement of a licensed physician, the county court judge of any county              in the state may, in his or her discretion, issue a license to marry:

Marriage is a serious undertaking and should only be entered into by people with the maturity level to handle the many issues faced by married couples. If you are underage, but seeking a marriage license, it is a good idea to thoroughly discuss the matter with your parents, a counselor, and a legal professional.