When the Police Make Mistakes 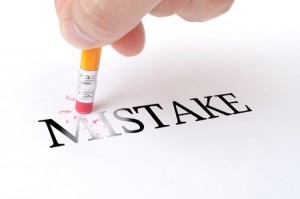 To serve and protect. That’s the motto of law enforcement. But what can you do when wrongfully accused, and the reason is due to police error? You can and should take a strong stand for your rights. Fighting back when procedures are disregarded, or evidence tainted puts the authorities on notice that people charged with crimes won’t roll over.

It is just this type of activity that was recently uncovered. A crime lab chemist in Tampa has put thousands of cases at risk. The chemist, who handled evidence for different agencies across the state has been relieved of duty pending an investigation. The claims are:

● The chemist swapped over the counter medications for prescription drugs.

● Investigators discovered the missing pills from an evidence locker.

● Further investigation revealed the cases involving missing pills were all handled by the same chemist.

This revelation has the potential to impact several cases across the state. Those convicted or accused of crimes where this particular staff person should perform their own investigation, to be sure there were no mix ups of evidence in their case. The possibility of replacing evidence with another substance seriously calls into question the state’s case against an accused. The legal team at Ferraro Law Group is skilled at investigating charges of criminal misconduct and developing an effective defense.

If you believe you are the victim of inappropriate police conduct, or misconduct at any stage of an investigation or charge against you, call a criminal defense attorney in Stuart and the Treasure Coast for more information. Contact our office to schedule a free initial consultation. We fight for your rights and take law enforcement’s duty to act fairly seriously.