Woman Tries To Hide Evidence In A Weird Way 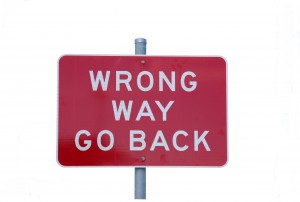 Disposing of evidence is a serious matter, and can lead to additional criminal charges. But when arrested for DUI, it is likely the driver isn’t thinking clearly and the idea of concealing evidence might seem smart. But, trying to hide evidence is never wise. You can land in a lot more hot water by pouring out a drink when the officer initiates the sirens on his patrol car than if you just pull over and face the music. A DUI can be successfully defended, and doing things to add to the charges only hurts your case.

The FHP says this is the case for one Florida woman. The woman crashed her pickup truck and was arrested for DUI. While in the patrol car, authorities say:

● The woman consumed 11 grams of marijuana.

● The marijuana had been found during a search of the suspect’s car, and placed on the console of the police cruiser.

● The woman wriggled free of her constraints and ate the illegal substance.

Now, in addition to the DUI charges the woman faces an additional charge of tampering with evidence. Because the police say the act was caught on tape, it may prove difficult to rebut the extra charges. But, a good criminal defense attorney knows how to negotiate with the prosecution to minimize the range of punishment. Skilled DUI lawyers have seen it all, and are experienced in providing a defense for nearly every circumstance. Our team of legal professionals is here to help you take your life back after a DUI arrest, even when that arrest includes charges in addition to DUI.

For more information about DUI defense, call an experienced criminal defense attorney in Stuart and the Treasure Coast. We offer a free initial consultation and are experienced in cases of all kinds. We fight for your rights and help you get back on track during and after your case.