You’re Not Always The Boss 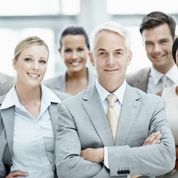 Even if you are in charge at work, when you take the wheel of a car you are just another driver. You are required to obey the traffic law and operate your vehicle in a way that doesn’t endanger other motorists. This includes the prohibition on drinking and driving, and no matter who you are you might face criminal charges if you are pulled over and charged with drinking and driving.

Popular baker, Buddy Valastro (aka the Cake Boss) was arrested for DUI, but the incident has done little to slow his pace as the boss of the bakery. Valastro was charged with DUI as follows:

● The star’s car was seen swerving in and out of traffic in NYC.

● The baker was said to have told the police he couldn’t be arrested, because “he’s the boss”.

But, arrest Valastro they did. The TLC celebrity was arraigned on charges of driving while intoxicated and impaired. The incident has left his followers mostly unphased, but with a general feeling that no one is above the law. A significant lesson to learn from this story is that accountability is key. When you face criminal charges, it is important you face the charges head on with humility and by accepting responsibility. This is not to say you should not put forth an aggressive defense, or roll over for the prosecution. You can and should fight for your driving rights, fight to keep your insurance rates low, and work to make sure your employment is not impacted. Our office can help you accomplish these goals.

For more information about DUI cases, call an experienced criminal defense attorney in Stuart and the Treasure Coast. We work with you to tailor a defense that fits the specific facts of your case. We offer an initial consultation for no charge, and look forward to helping you resolve your case in a satisfactory way.