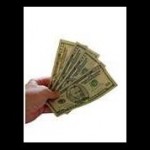 Payment of alimony in Florida can have an element of permanency. Advocates on both sides of the financial equation are keeping their eye on possible reform to this structure. The issue is critical for both sides because for those that are making alimony payments, reform could mean an end to permanent payments. The issue? For those that receive, reform could mean an end to receiving permanent payments. We are ever mindful of the changing legislation that affects your financial stability in a divorce. We have experience representing both sides of this issue and offer sound advice for your position.

Alimony reform is a hot topic, but lawmakers have decided to table the issue. At least for 2014. Make no mistake, efforts to reform Florida’s outdated alimony payment structure will resurface. Some of the things to look for include:

● A reduction in long term payments

● A time component to awards of alimony, such that obtaining alimony for a marriage that lasts fewer than 11 years will become more difficult

● A change in the split for child custody, to a more evenly proportioned 50/50 split

Because of the important financial significance of alimony, those that oppose reform rely heavily on the argument that for some, reform means an end to their main income source. On the flip side, those that support a change point to the ever changing structure of the family unit and the greater need for fairly shared custody of the children. Because parties on both sides continue to advocate their position, it is important to keep on top of the specifics of any change that does eventually take place. Our 30 plus years’ experience handling family law cases, and advocating for an alimony payment structure that is clearly spelled out puts us in the unique position to help you with your alimony needs. We look to the facts relevant to the issue, such as financial need, the lifestyle to which the parties have become accustomed and the ability of the payor to make payments. Courts look for clearly articulated reasoning behind making awards of alimony and changes in what the trial court has awarded happen only when it is determined the award was beyond what the trial court had discretion to award.

If you are considering divorce and the financial and earning capacity of the parties is disproportionate, it is crucial you speak with a family law attorney in Stuart and the Treasure Coast that has experience putting people on equal financial footing. Call today to schedule an appointment today, to protect your financial future. The initial consultation is charged at a flat fee of $300.00.