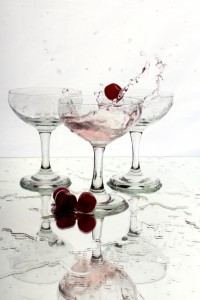 If there is one saying about politics, there must be a hundred. We’ve all heard politics and religion don’t mix, and that politics makes strange bedfellows, and of course it’s near impossible to go very long without hearing a political joke. We’ve also seen and heard tales of corrupt politicians, and real life stories that are better suited for the movies. And, of course, there is always the story of the drunk politician.

A Florida Republican was recently arrested after leaving a Taco Bell around 2:00 am. The politician was recently reported as stating elected officials need to be held to a higher standard, in an effort to gain support for a bill he sponsored that would require legislators to submit to drug testing. Now, the State Representative faces DUI charges:

● Upon pulling out of the Taco Bell, Representative Dane Eagle barely missed striking a median in his SUV.

● Dane then stopped in the intersection, veered into a curb and ran a red light.

● The arresting officer reported smelling alcohol, and stated the State Rep had bloodshot and watery eyes and was unable to stand steady once outside his vehicle.

The Representative denies he had been drinking and is fighting the charges. Even in the case of high profile celebrities or politicians, a strong defense must be made. No one is exempt from having to vigorously defend a DUI charge and the best way to do that is to have a skilled attorney carefully review the case. Each case is different and the facts must be examined so the best defense can be put forth.