A Cop On The Other Side Of The Law 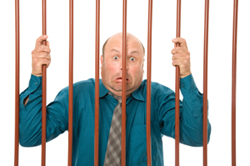 Most arrests for DUI involve an arresting officer and a civilian. But just like celebrities are regular people too, who go through marriage and divorce, and the death of loved ones; police officers aren’t above the law either. The law is the law and when it is violated, the responsible party has to be held accountable. Punishment generally includes loss of driving privileges, a probationary period, and fines. In the case of a police officer arrested for DUI, an added level of penalty was that the officer has been relieved of his job duties for the time being.

The Seminole County police officer was sitting in his SUV at a traffic light when another driver noticed he’d not proceeded through two back to back green lights. When police arrived on the scene, they found:

● The officer was so intoxicated he was unable to stand without assistance.

● A handgun was found in the vehicle.

● The man became combative on the scene, and later at the ER where he was taken for medication.

An internal investigation is pending, while the officer remains relieved of his duties but on the payroll. The Court agreed to release the man on his own recognizance due to no prior criminal history. Having a clean record goes a long way in minimizing the impact of criminal charges, and a skilled DUI defense attorney can help keep your record clear. Maintaining a good driving and arrest record also helps keep your insurance rates low. An arrest for DUI is costly, both financially and on your ability to drive. Most cases can be successfully defended when you have a good record, and keeping your nose clean when on probation will also help.

If you have been arrested for DUI, call our office to speak with a qualified criminal defense attorney. We help people in Stuart and the Treasure Coast. Your first visit is a free consultation, call today to schedule an appointment.