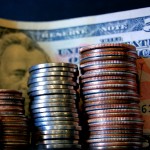 Proponents of Florida Alimony Reform will have to wait at least another year before seeing any changes to current law.  This year’s legislative session came and went, and the proposed Alimony Bill never reached the Governor’s desk for signature.  The House Bill included provisions that created a formula for determining the amount and duration of alimony based on the length of the marriage and the parties’ respective incomes.  It was drafted with the input and endorsement of the Family Law Section of the Florida Bar.  The idea was to give judges a road map for consistency, and directions on how to deviate when circumstances required it.

Although the House voted in favor of their proposed Bill (93-22), things came to a halt when members of the Senate insisted that the Bill include a presumption in favor of 50/50 timesharing when minor children are involved in a divorce.  The Legislature ended its 2015 session with no progress on the issue.  Supporters of alimony reform have an additional hurdle.  The Bill’s sponsor has reached his term limit, so another Representative will have to pick up the torch if the movement is to continue on.

Its unfortunate that the Bill came to a screeching halt in this manner.  Especially given that child custody is considered separate and apart from alimony and equitable distribution (asset splitting) in a divorce.  Unlike the U.S. Constitution, Florida’s Constitution requires that each Bill have a single subject.  This provision is to avoid adding pork to Bills, and to obtain an up or down vote on single issues – to avoid good ideas being hijacked by bad ones that are meant to stonewall or sabotage.

But then again, since when do lawmakers let a little thing like the Constitution get in the way of their personal and political agendas?