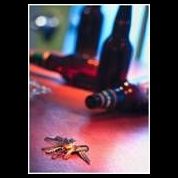 It has been taught to us since early childhood. Always tell the truth, and do the right thing. But children grow into adults, and the best judgment isn’t always used. This doesn’t make a person bad, and no one is without mistakes. When facing criminal charges most people go into preservation mode, which for some can include the urge to be less than forthcoming with the truth.

A woman charged with DUI and other charges in Palm Beach County found herself in just this situation. The news reports the lady rear ended another driver, and when exchanging information tried to encourage the other driver to just leave the scene. The other driver, who had not been drinking, refused. Thereafter, the police arrived and found the following:

● The driver charged with DUI had slurred speech and smelled of alcohol.

● A bottle of rum was found in the woman’s front seat, along with controlled substances.

● A field sobriety test was refused, and when the lady lunged at the officer she was arrested and charged with DUI, possession,             and battery on a law enforcement officer.

It is not uncommon for DUI cases to include other charges, and in those cases the assistance of a qualified attorney is crucial. Analysis of the facts surrounding the stop, arrest, any field sobriety test, and whether you were properly advised of your rights is critical to establishing a solid defense. Witnesses to the arrest are necessary to corroborate testimony, and test results can be attacked for validity depending on the facts. To fully develop your defense, call a DUI and criminal defense attorney with experience.