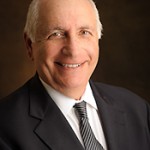 There is no presumption for or against the father or mother of the children or for or against any specific timesharing schedule when creating or modifying the parenting plan.  Still, it is best to have an attorney who knows the judge involved, as each judge will tend to put more weight into some of the factors listed above than others.  For example, (i) The reasonable preference of the child, if the court deems the child to be of sufficient intelligence, understanding, and experience to express a preference is rarely considered without good cause.

While it is often difficult to prove an unanticipated change in circumstances with regard to custody or timesharing, it is often the case where one or both parent’s income has increased or decreased.  This can be grounds for a modification if the change in income is permanent, unanticipated and changes the guidelines amount by more than $50.00.  Often, it is required that the parent seeking the change prove that he or she is not purposefully underemployed or the court can impute income at the level historically earned, or at a level capable of being earned when considering the parent’s work history, education level, market conditions and other factors.

If you are considering modifying your Final Judgment regarding custody/timesharing or child support, or if you have been recently served with a Petition from your ex, Contact Us for a confidential consultation on your options.