Just Sleep It Off 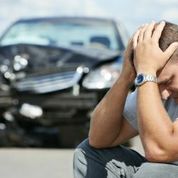 After having a few too many drinks, it’s best to have a designated driver. If you don’t have that option, staying put is another good choice. When taking the wheel after even just a few drinks, you risk of being pulled over and arrested for DUI. The consequences of a conviction for DUI ranged from loss of driving privileges, to jail time. On top of these penalties, you will likely pay hefty fines. These things create hardship on you, and your family.

But in the case of one man, he claims his family is the cause of the DUI arrest. The story reports a Stuart man was pulled over for speeding, and charged with DUI. The facts include:

● The man had been arguing with his wife over, of all things, her claim that he drank too much.

● Upset and trying to “sober up” he took the wheel of his car and went for a drive.

● Upon being pulled over for speeding the police noticed an odor of alcohol, bloodshot eyes, and slurred speech.

● After failing a field sobriety test, the man was arrested and charged with DUI.

In instances like this, or other cases of DUI a skilled attorney is helpful because they engage in negotiations to reduce the charges. Part of the negotiation may also include installation of an interlock device in your vehicle. It is important to have an experienced DUI defense attorney on your side so the damage to your driving record is minimized. Keeping your driving record clean helps keep your insurance rates low, and negotiating satisfactory terms for your case can help you keep your driving privileges.