The Role of Confidential Informants 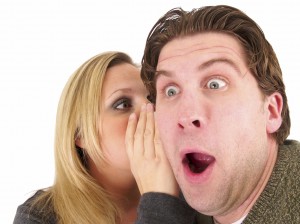 Not all crimes are a one man job. Many times a group of people, acting together, commit crimes. When caught, it is not uncommon for those involved to turn on each other in order to get a lighter sentence for themselves. Another common player in criminal proceedings is the informant, or “snitch”. Sometimes people facing charges in other cases become involved in the cases of others by negotiating a deal for leniency in exchange for information. Skilled defense attorneys are familiar with this pattern of behavior, and are capable of exposing an informant’s motives. Calling into question why a person would testify against another is helpful because it calls into question the witness’ credibility. It can be argued if someone would sell out their friends for their own benefit, then that person is not trustworthy and their testimony not reliable.

Another motive an informant has for telling all is financial gain. This was true in one case in Sunrise. In order to generate income and make big drug busts, the police there resorted to unusual tactics. The police lured dealers to town by offering drugs, and use an informant for the information needed to make the busts:

● This tactic brought in suspects, and confidential informants willing to reveal specifics of deals in exchange for payment.

● Because authorities are allowed to seize money and property used in illicit activities, the scheme has also resulted in large amounts of forfeited money and vehicles.

If you have been charged with a crime based on information given to authorities by a snitch, or have had property seized, call an experienced criminal defense attorneys in Stuart and the Treasure Coast. We fight aggressively for your right and offer a free initial consultation. Call today to schedule an appointment for criminal defense matters.