For most criminal offenses there is a presumption in favor of pre-trial release upon conditions that will secure your presence in court, which often include a bail bond. Generally, the judge looks at several factors in deciding whether to grant pretrial release on your own recognizance or upon posting of a bail bond.  These factors include your ties to the community v. flight risk; whether you pose a danger to the community; and your ability to pay a bail bond.

If the judge sets a reasonable bail bond to secure your release, you have the option to pay cash in to the system or to utilize the services of a bail bondsman.  If you pay cash, you must generally deposit the entire amount with the Court.  Upon resolution of your case, the money will be returned, minus any court costs, assuming you have appeared for all of your court appearances and you have not been arrested on new charges while out on bail bond.  If you utilize the services of a bail bondsman, they will generally take a percentage from you (usually around 10 percent) of the total bail bond and require you to pledge collateral.  This is their fee and you will not get it back at the end of the case.  They will insure your presence in court and will not go after your collateral unless you fail to appear in court or your bond is otherwise taken by the judge for other violations of your pretrial release.

If you have no bail bond, or if your bail bond is excessive, we can bring you before the judge for him to consider reducing it.  Contact us now to discuss your options with a qualified attorney at the Ferraro Law Group. 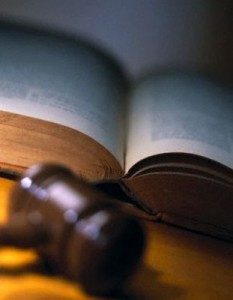